Best Place to Buy a Beach House in Florida: Our Top Six

Located in the Southeastern United States, the State of Florida enjoys 1,350 miles of coastline spanning the Gulf of Mexico and the Atlantic Ocean. With average temperatures of 70.7°F and copious amounts of sun, it’s no surprise that Florida is a top destination for beach goers. Better still, home prices in Florida are close to median prices nationally representing a relatively affordable place to buy compared to other sunny destinations in the United States. With the stage set, let’s take a closer look at the best places to buy a beach house in Florida in no particular order.

Be sure to explore other articles from Vacation Property Online on the best places to buy a vacation home. 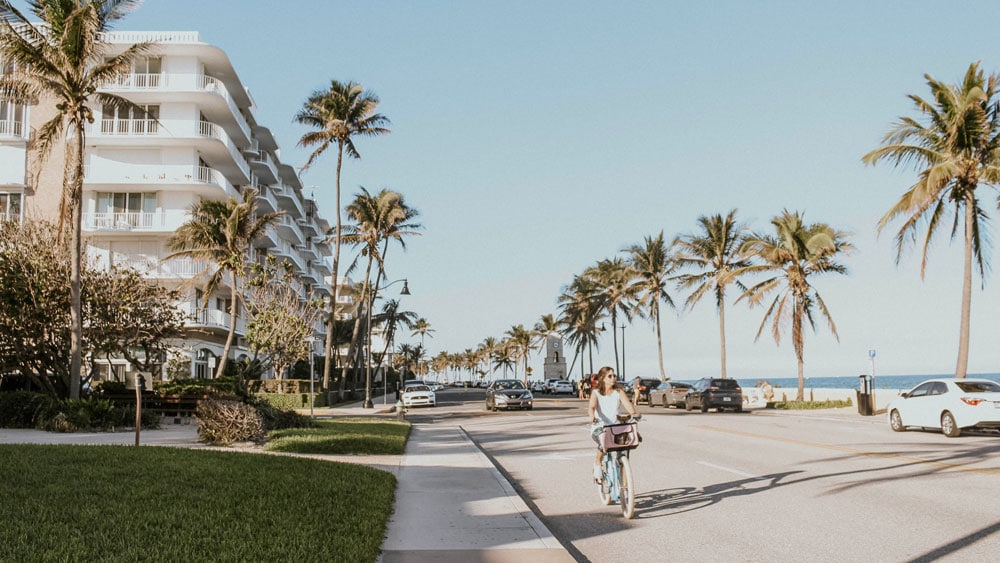 Contained within an 18-mile long barrier island between the Intracoastal Waterway on the west and the Atlantic Ocean on the east, Palm Beach is one of the easternmost towns in Florida. The climate is tropical rainforest. Summers are hot and humid and winters are warm and slightly dryer. Palm Beach is home to famous resorts, opulent mansions and historic landmarks. Looking for things to do? If beach days aren’t your thing, how about, golfing, boating, fishing, shopping and nightlife?. For these reasons and more, Palm Beach is one of the best places to buy a beach house in Florida. 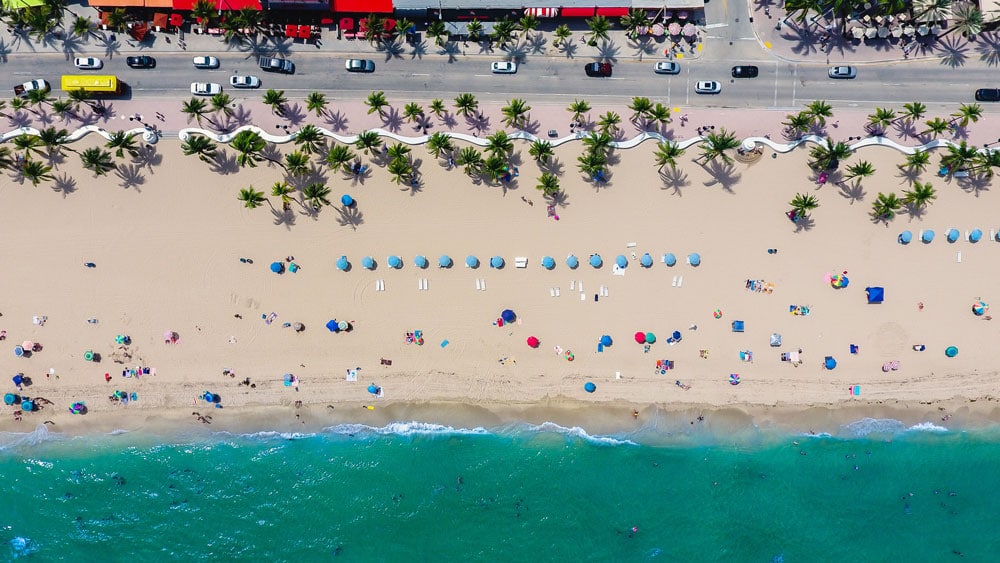 Located 25 miles north of Miami, Fort Lauderdale has 7 miles of beaches straddling the Atlantic Ocean. Known as the “Venice of America”, Fort Lauderdale is home to 165-miles of inland waterways. With a population of 182,760, it is also the tenth largest city in Florida and has a relatively young population with a median age of 42 years. From sports and recreation to arts and entertainment there is also lots to do in Fort Lauderdale. 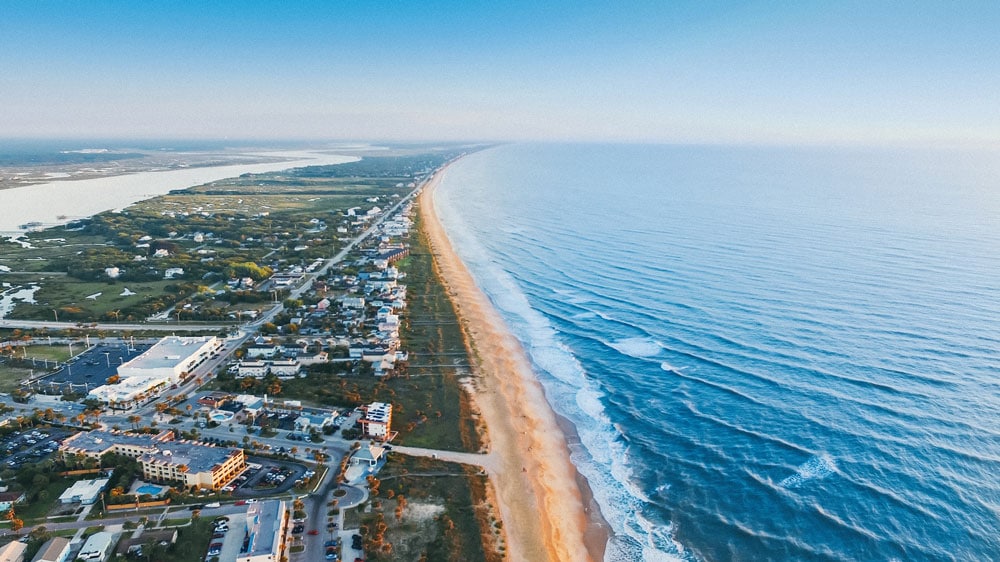 Roughly 40 miles south of Jacksonville, St. Augustine is the nation’s oldest city, having been originally founded in 1565 by Spanish explorers. St. Augustine enjoys 42 miles of beaches, from Ponte Vedra Beach in the north to St. Augustine Beach and Crescent Beach in the south. Local attractions include military forts, stately castles, scenic nature trails, museums, historical reenactments and of course beaches. 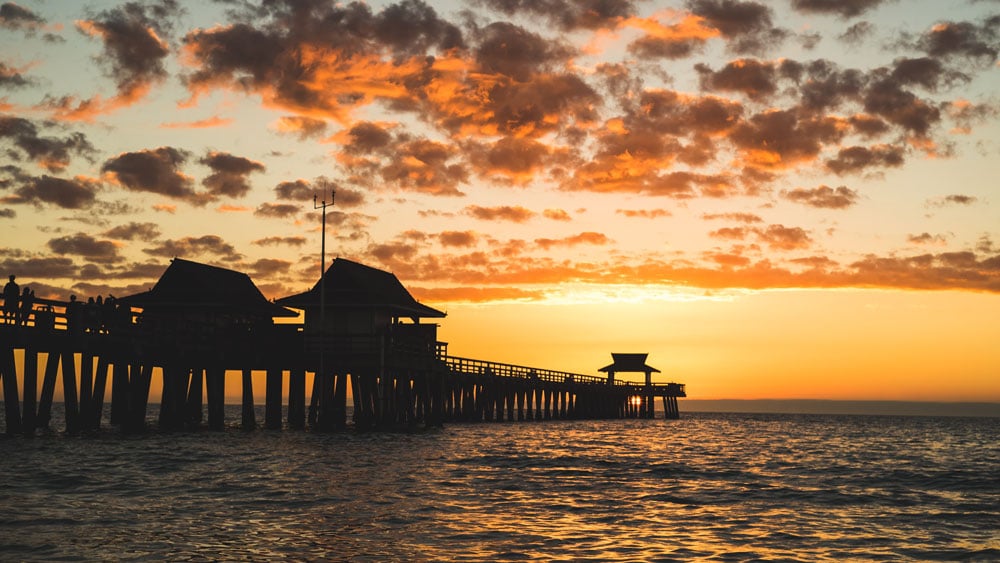 Located in the Gulf of Mexico in southwest Florida, Naples is known for its high-end shopping and golf courses. If you love spending time at the beach then you can’t go wrong with the white sandy beaches that Naples is also known for. For those nature enthusiasts, it is also in close proximity to the tropical wilderness of The Everglades. Second only to Palm Beach, Naples has one of the highest median ages in our list and is a popular retirement destination. 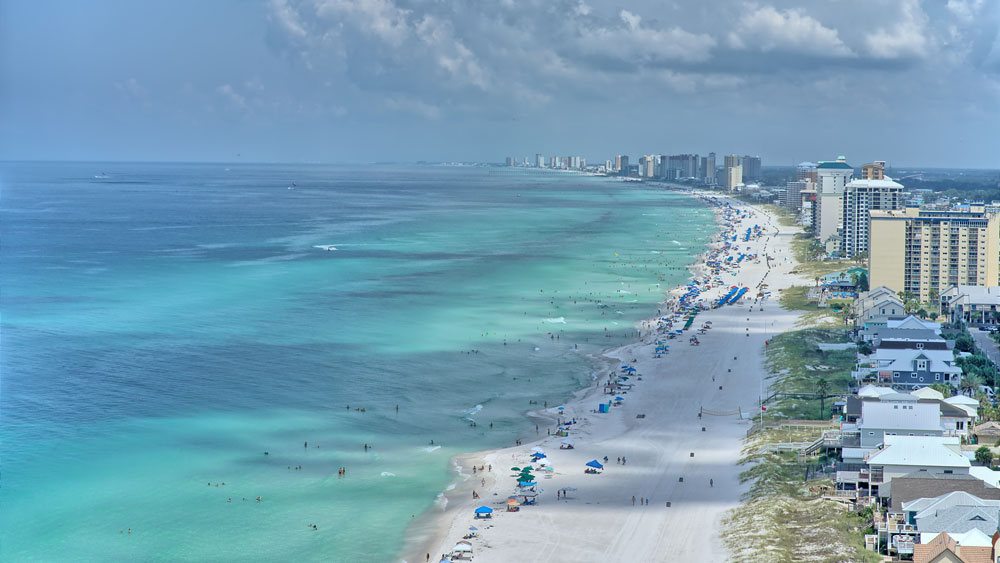 The Florida Panhandle stretches for 200 miles along the northwestern region of Florida, with the Gulf of Mexico to the South. While mostly rural, the region includes several sunny beach destinations including Pensacola, Panama City Beach and Destin. The Panhandle is an outdoor enthusiast’s dream with year-round boating, hiking, canoeing, kayaking, scuba diving, snorkeling, camping and fishing. In Pensacola, real estate prices are the most affordable of any region in our list. Perhaps not surprisingly, it also has the youngest median population on our list at 36.8 years. In Panama City Beach, you will find one of the top 3 beaches in the United States according to TripAdvisor. Finally, in Destin you find many beaches to relax and endless fun at the Destin Harbor Boardwalk. 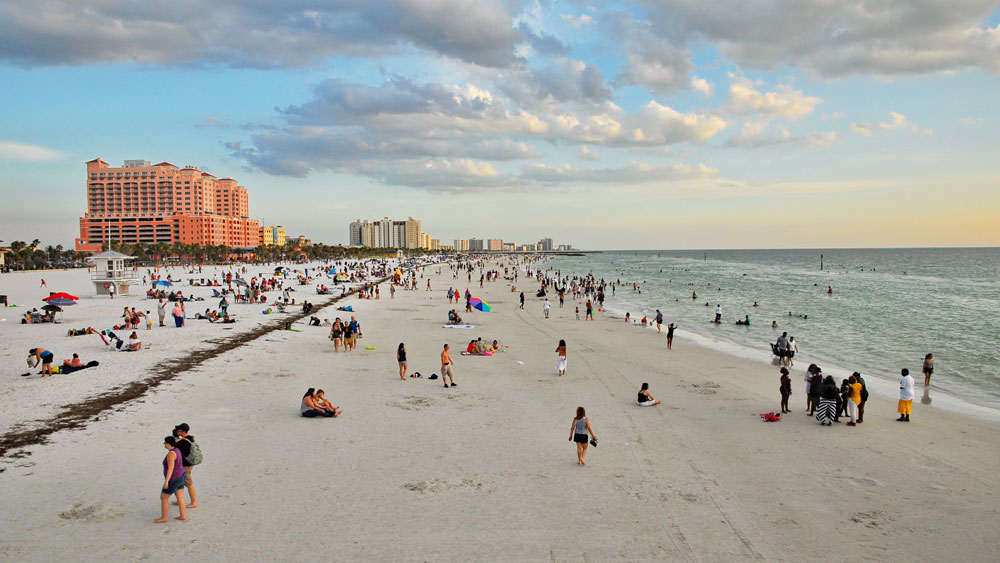 Located on a peninsula separating Tampa Bay from the Gulf of Mexico, “St. Pete/Clearwater” enjoys 35 miles of white-sand beaches. With close proximity to a major city center, the area has a lively cultural scene and no shortage of things to do. Whether you prefer shopping at Central Avenue, snorkeling at Egmont Key or exploring the boardwalk shops in John’s Pass Village & Boardwalk, there’s something for everyone at St. Pete/Clearwater.

Owning a home is a keystone of wealth… both financial affluence and emotional security.