Best Places to Buy a Lake House in Michigan: Our Top 7

Posted in Buying a Vacation Home On August 6, 2021

Looking for the best places to buy a lake house in Michigan? We’ve got you covered! These seven cities are close to some of the best lakes in Michigan to own a lake house. Whether you have a more modest budget or a large one, there is something for everyone.

If you want to know why these are the best places to own a lake house in Michigan, just keep reading. 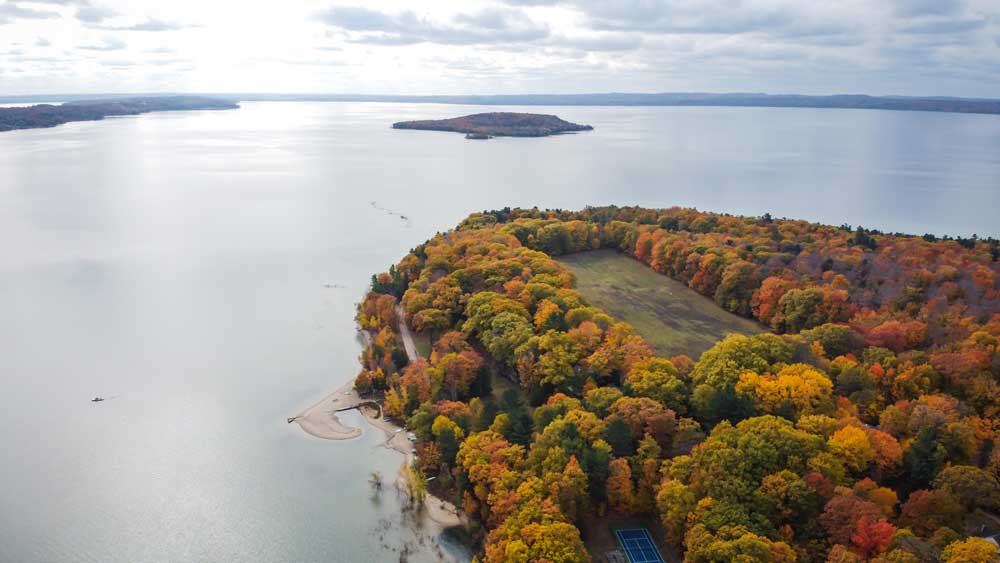 Traverse City is located on the Northwest edge of Michigan’s lower peninsula, and it’s only about a 20-minute driver from Suttons Bay, a famous bay with hiking, biking, picnic areas, and snowshoeing and cross-country skiing in the winter.

Traverse City is a small town of over 15,000 people known for attracting foodies, wine connoisseurs and beach lovers. Summers in Traverse City typically have perfect weather; sunny but not too hot. However, winters can get quite chilly with freezing temperatures and dry winds. That’s why the ideal time to visit is from June to August. 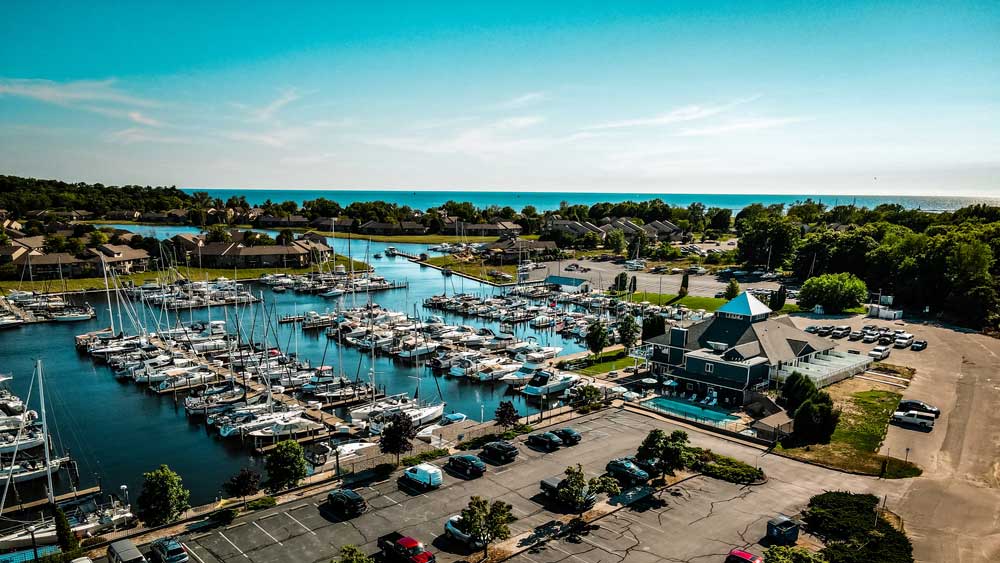 Muskegon is one of the best places to buy a lake house in Michigan. Home to Lake Michigan’s largest port, Muskegon even has international trade to this day. The site has been functioning since 1849 as a major point of shipping through Chicago. The name Muskegon comes from Ottawa and means “marshy river or swamp”. Thus, Muskegon City has several museums, historic sites and parks. It’s grown considerably and has a population of just under 40,000 people.

However, note that Muskegon average temperatures below freezing in the winter months and the highest temperatures in the summer are about 76 degrees F.

Plus, Montague and Whitehall (home to White Lake) are both within 20 minutes of Muskegon and make for quiet towns on Michigan’s coast. And, 20 minutes to the south you’ll find Grand Haven State Park, with sandy beaches on Lake Michigan, as well as Spring Lake. Or, Muskegon is only 40 minutes from Grand Rapids.

For those interested in the lakes surrounding Montague and Whitehall or Grand Haven:

Holland is world-famous for its Tulip Time Festival, a homage to the city’s Dutch heritage. It has a small city charm with white sandy beaches, plenty of local cafés, and a small-town feel with big-city amenities. The town has nearly 34,000 residents, so it’s fairly medium-sized.

Forbes has named Holland to their list of America’s Prettiest Towns and it’s been named one of the best places to live or retire by publications like U.S. News & World Report, CNN Money and TopRetirements.com.

Holland experiences all four seasons with plenty of snow in the winter but also gets up to the mid-80’s in the summer. The town even has heated sidewalks and streets to keep residents and visitors safe from the snow. 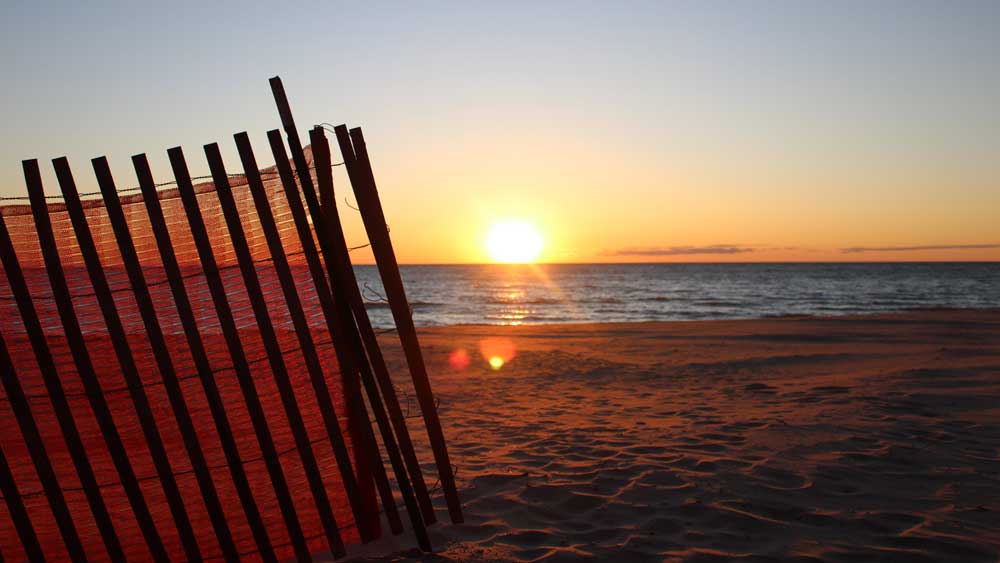 Ludington is close to Hamlin Lake, a sparkling clean lake with 5,000 acres of space to get your own private lake day. Fishing is popular year-round on Hamlin Lake, and in the summertime, visitors also enjoy swimming boating, and tubing.

Ludington itself was considered one of the 16 best places to live in the United States by Outside Magazine. The city has a population of just under 10,000 and has enjoyable activities year-round.

Plus, Ludington State Park boasts three campgrounds, sand dunes, a lighthouse, marshlands, wetlands and forests. The park is open year-round for hiking, classes, and tours. The park is pet-friendly, family-friendly and accessible so it’s easy for anyone to enjoy.

Located in the heart of northern Michigan, Houghton Lake is just 190 miles from Detroit or 130 miles from Grand Rapids. It does get pretty snowy in the winter, but the town takes advantage of that with winter sports. The lake is famous for fishing and in the winter hosts ice fishing and winter sports festivals on the lake. But there are also public beaches with swimming, playgrounds, BBQ pits and picnic areas to enjoy.

Houghton Lake is also close to Higgins Lake, a crystal clear blue lake that you can swim and fish in, and Lake St. Helen, an all-sports lake with 2,400 acres of water to explore however you choose.

Looking for a quiet community for your lake house in Michigan? Then Marquette may be a good option. Located on the upper peninsula (UP) on the shore of Lake Superior, Marquette is a quiet escape full of natural beauty. However, it still has plenty of amenities as it’s one of the larger cities on the UP. The area is known for its natural beauty, extremely friendly people, and rich heritage from nearly two centuries of mining.

Notably, Marquette also gets more snow, averaging 115”(about 10 feet) a year. So, if that’s a deal breaker for you, you might want to avoid the upper peninsula altogether. 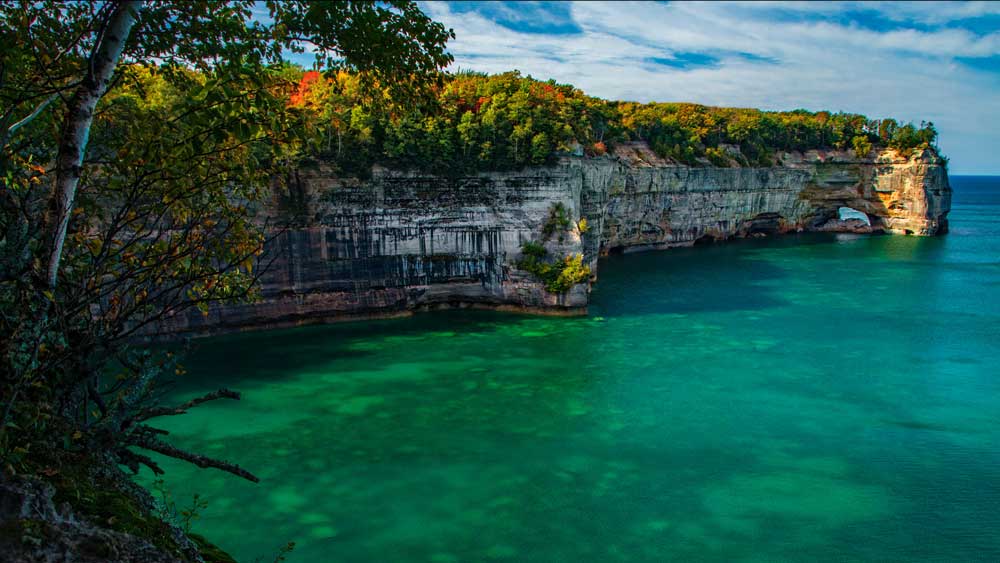 Munising is also a quieter place to find a lake house in Michigan. Located in the Hiawatha National Forest, the town has incredible views from the Pictured Rocks National Lakeshore and the Grand Island National Recreational Area. There are also plenty of waterfalls and dozens of natural wonders to explore nearby. You do not want to miss these breathtaking views and crystal-clear waters!

Yet, with just over 4,000 people, the city has fewer amenities. It also gets plenty of snow on the UP, but in Munising, they make the most of it with snowmobiling. In fact, it’s the snowmobile capital of the world! So, if you don’t mind the snow and more remote location, Munising has some of the best natural wonders in Michigan.

We hope you’ve enjoyed our list of the best places to buy a lake house in Michigan.

Owning a home is a keystone of wealth… both financial affluence and emotional security.